Are You Ready to Double Up on the Poker Excitement?

Texas hold’em is perhaps the most familiar poker game played nowadays, and it is undoubtedly the most famous game you will find at casino poker tables. Nevertheless, it is matched by the Omaha Hold’em variation, which is also very renowned among aggressive players. Omaha and Texas Hold’em have so much in common and there only slight changes in rules between the versions. However, these minor differences have a significant impact on how you approach the strategy of any game, as well as on your odds of winning a hand. 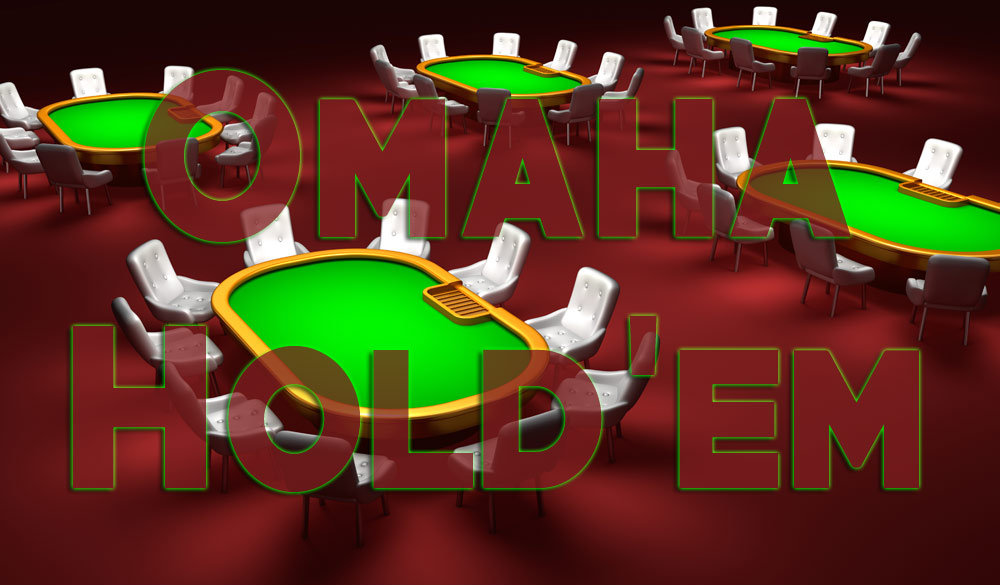 There are three clear-cut divisions of poker which many game alternatives fall into, and they are Hold’em, stud and draw games. Stud players get a hand of face down and face up cards, and they wager on the intensity of their hand against the rest of the players. Draw players can boost their hand by swapping one or more cards. Hold’em players utilise the cards they have and a set of shared public cards to develop the best hand. Omaha and Texas are the most commonly played editions of Hold’em game.

Regarding gambling action, the two games are mostly similar. There are four gambling streets, flop, per flop, river and turn. Additionally, the hand rankings of the two variants are entirely identical, and a Royal Flush is the best probable hand in both games. But what are the disparities between the two versions? And which of them is the best to play?

The first difference between Texas poker and Omaha Hold’em is the number of hole cards distributed to every player before the flop. In Omaha Hold’em poker, every player receives four hole cards. But in Texas Hold’em every player is given two cards. This aspect means that it is significantly easier to make big hands in Omaha poker.

The other difference is that only two hole cards are used in Omaha. In both games, every poker hand contains five cards. These hands will be a grouping of community hands and hole cards. The way you use your hole cards to build the 5-card hand is different from Hold’em and Omaha poker. In Hold’em, you can use one, both or none of your cards to make a hand. In Omaha, you should always use precisely 2 of your four hole cards. For instance, if there are four hearts in Omaha, and you hold the Ace of Hearts, you only have a flush if you still have an extra card in Hearts. If the Ace of Hearts is solely the only hole card you have, then it is not possible to have a flush, regardless of the number of hearts that fall as community cards.

While the betting structure of Hold’em is favoured by many, most players love the fact that it is much easier to create big hands in Omaha poker strategy. It doesn’t involve a lot of complicated maths to ascertain that if you receive four cards rather than 2, that it will be easier to build straight and better hands. As a result of this, Omaha Hold’em tips generate lots of action.

It is possible to play both Hold’em and Omaha with any betting arrangement you want, whether fixed-limit, no-limit or pot-limit. However, both games have a standard betting framework that’s often used. The ideal betting arrangement for Hold’em is no-limit, while the selected one for Omaha is usually pot-limit.

The betting structure is among the reasons why Hold’em is more preferred currently than Omaha; most players love the no-limit structure of Hold’em. You can find No-limit Omaha online games, but they are few and somehow far between.

Seeing that many players don’t utilise the entire range of likely betting sizings, for all purposes and intents, Omaha poker strategy is more sophisticated for a novice player. It is reasonably straightforward to understand how two cards relate with the flop in a Hold’em game, although a lot more engaged to see how the four cards interrelate.

Which One Should You Select?

Both Hold’em and Omaha are lovely casino games and knowing which one is best for you is not easy since it all depends on the preference of the player. If you want a sophisticated game, then Omaha poker is your best wager over Hold’em although if you are considering a higher standard of play, then you will only get that at Hold’em tables. So, there’s no wrong or right answer; both games are enjoyable to play, and it is possible to create a decent income from both.

« Tips To Take You Further In Your Next Poker Tournament
If You Enjoy Playing Pai Gow Then You Will Love Pyramid Poker! »